The building society’s goal was to produce low-cost dwellings, which were to be erected as terrace houses. The ground plans were to be extremely compact and be able to satisfy conventional living requirements. We settled on designing four semidetached houses standing at a distance to each other on a cul-de-sac. They are connected along the street frontage by a one-storey-high wall, in order to achieve a continuous façade and to screen the outdoor sitting areas behind them from outside view. The entrances to both halves of each semi-detached house are combined. The concept is based on the notion that the whole situation should have a sense of unity despite its small-scale proportioning (which often comes across as fussy).

The two-storey structures each received a shed roof that opens out to the south onto the large, common landscaped area with its stand of mature trees.

We initially planned to construct the buildings in wood. After some hesitation, however, the society wanted to see them constructed as traditional masonry buildings with an exterior insulation and finishing system. The entire complex has white rendering. The entrances are clad in blue tiles.
The uncompromising need to economise led to the construction being awarded to a general contractor, who did not always keep to our working plans. Consequently we had to note that the quality of construction did not square at all with our expectations and, above all, did not measure up in terms of the quality of the construction planning. By consistently choosing the cheapest material, construction flaws were unavoidable. 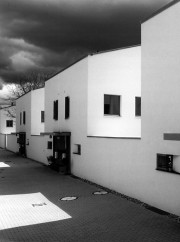 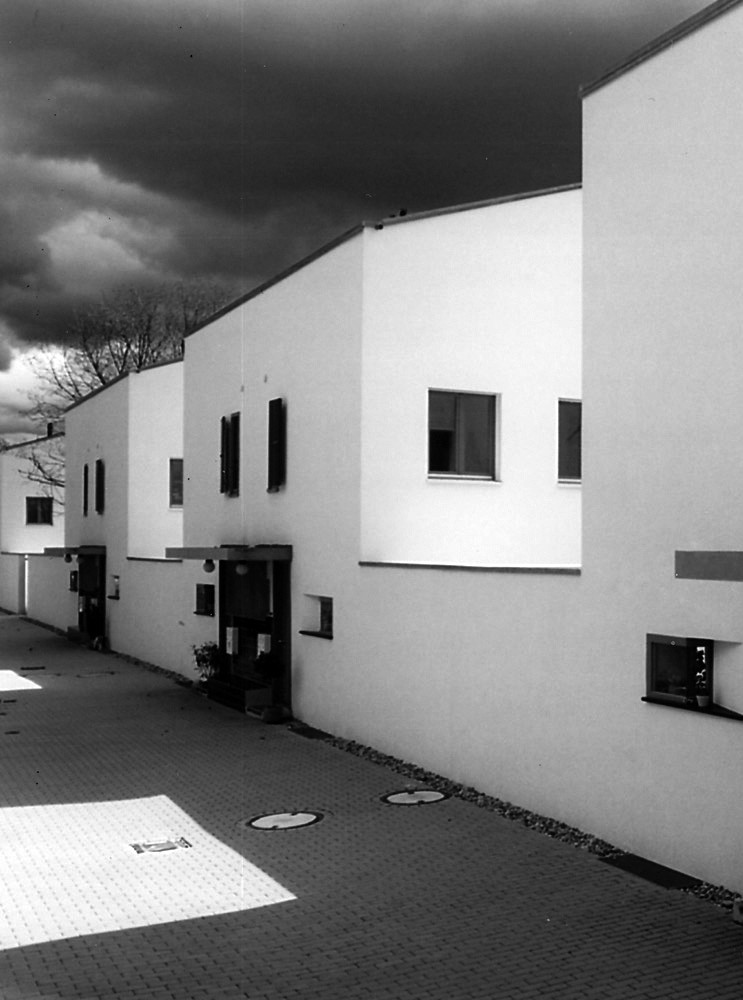 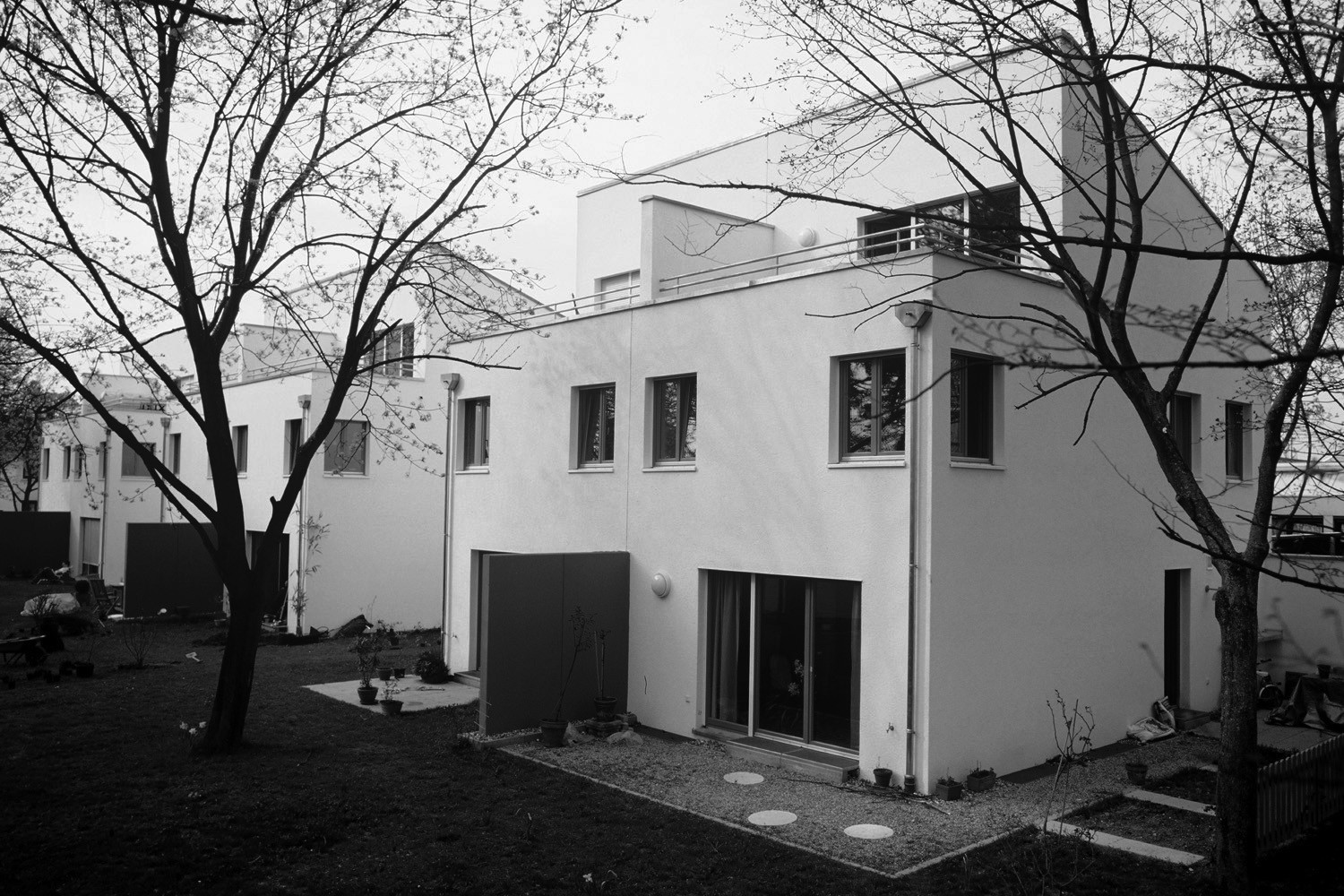