Extension of the Municipal Court in Pforzheim

The Pforzheim district court is a remarkably successful example of 1950s architecture. We have added a third building to the slightly curved ensemble of courtroom and offices. It is aligned perpendicularly to a south-facing slope, and towards the east, it closes off the two buildings oriented lengthways along the contours. Together with the building across the street, whose end restricts the open space at the street, it forms a gateway at the entrance to the inner city.

Similarly to the school in Heilbronn, the tiled façades on the existing buildings were the dominant characteristic. For that reason, we also used the same dark blue tiles. Set in contrast to this are the window frames made of wood with a natural finish.

The programme includes a large number of cellular offices as well as two courtrooms. Compared to the offices, the latter occupy one-and-a-half storeys. The courtroom entrances are situated in smaller areas of high-ceilinged space and are provided with waiting areas. Each courtroom has separate access for the judges.

The new building is connected to the main courtroom building by a bridge, and also has its own access where the bridge joins it. We worked on the sculptural form of the staircase and the façade on the southwestern side, intensifying their effect when seen at a distance from the valley. Otherwise, the new building is characterised by the double-loaded corridor of the office floor plan.

The interior fittings are simple but robust. The walls in the hallways are clad with limestone. The courtrooms have wood panelling conducive to good acoustics. 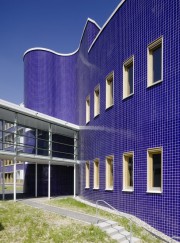 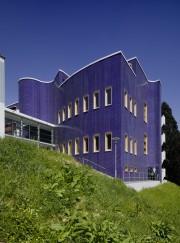 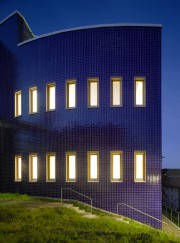 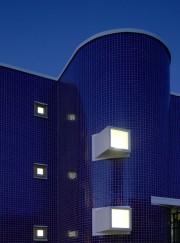 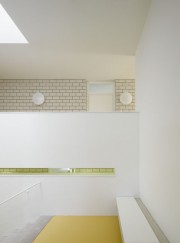 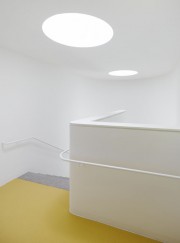 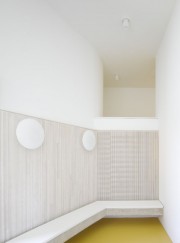 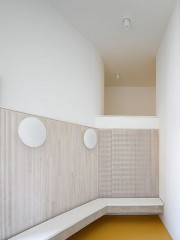 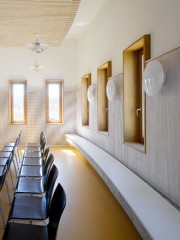 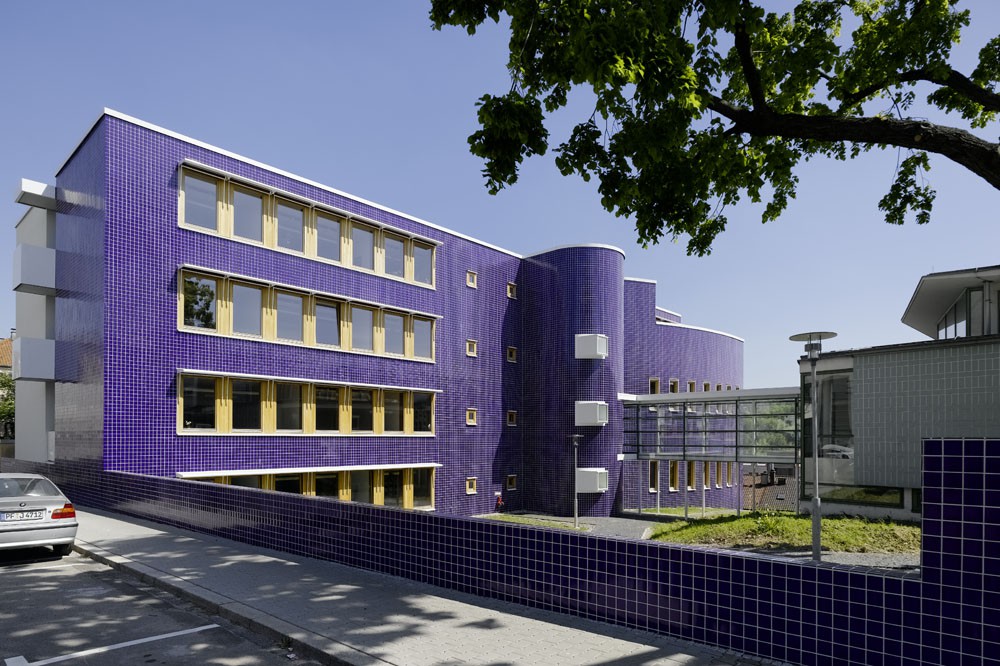 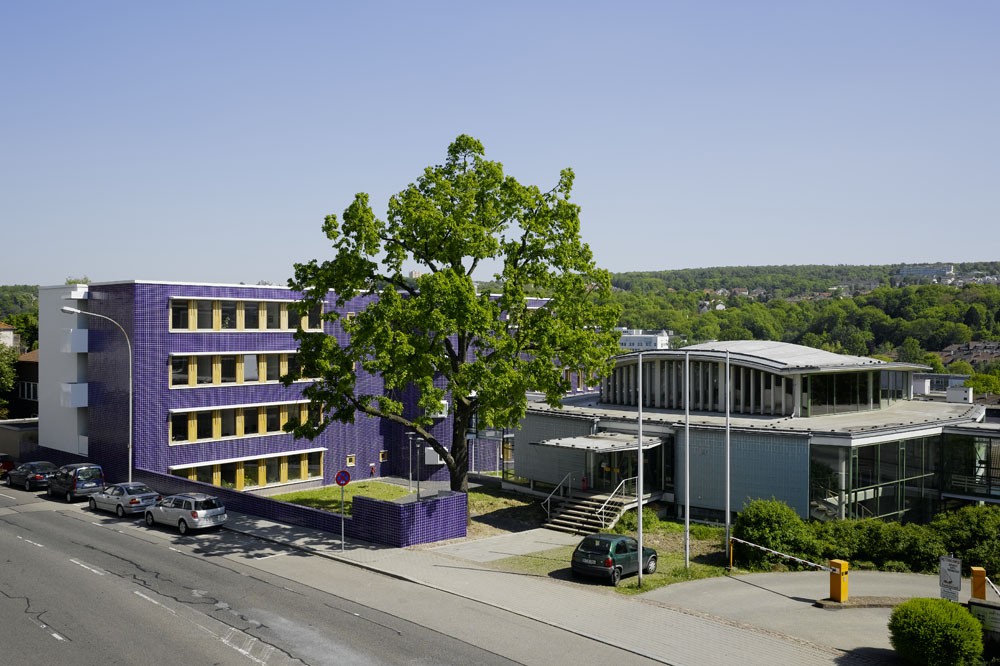 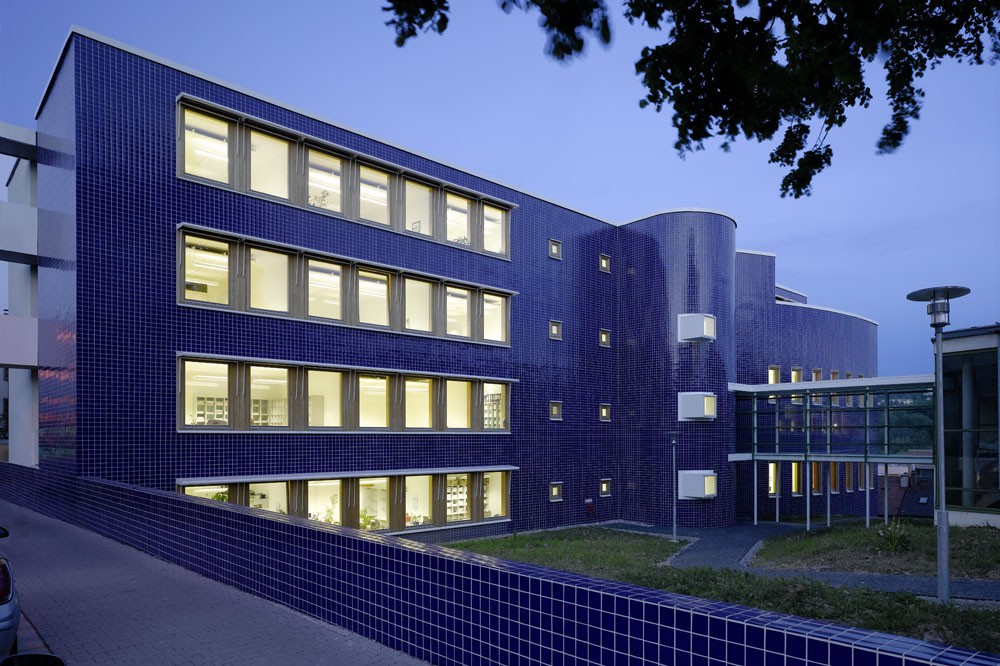 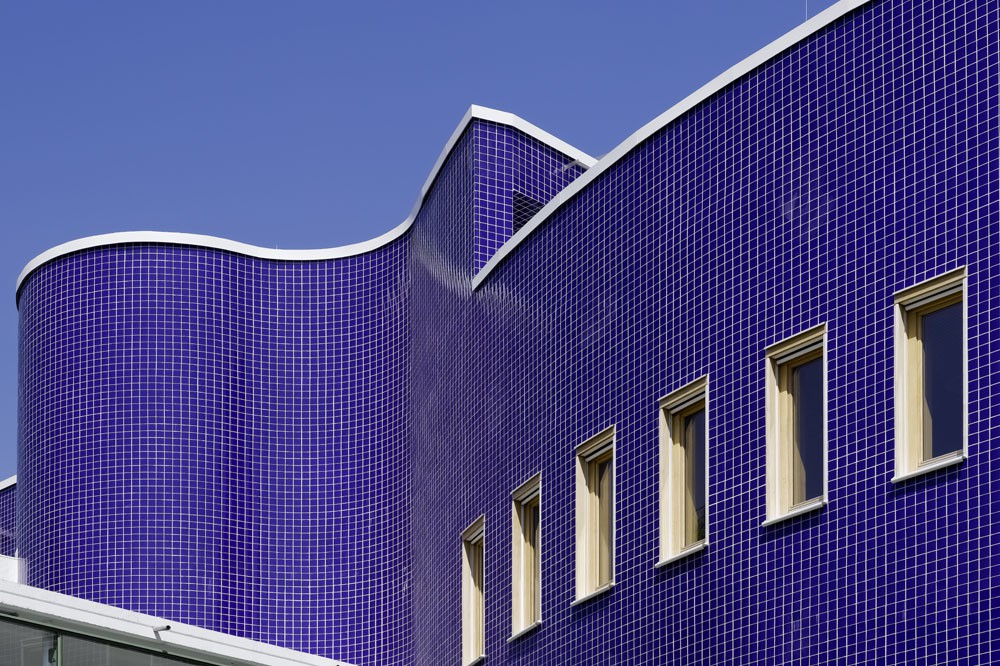 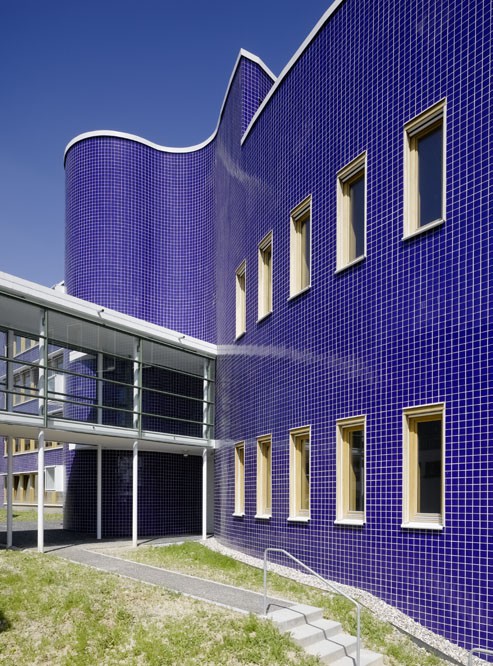 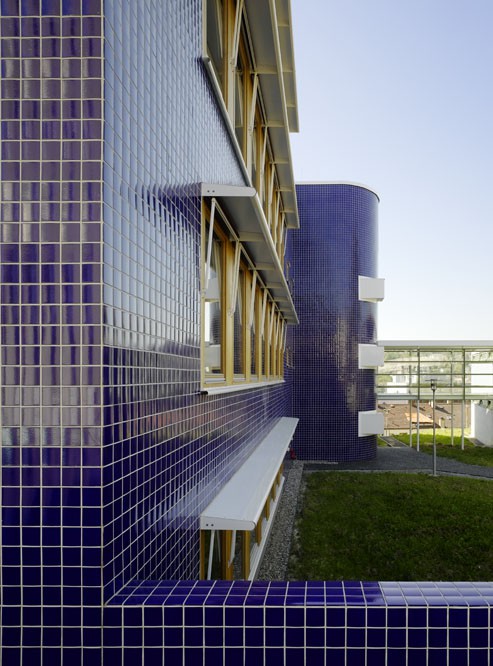 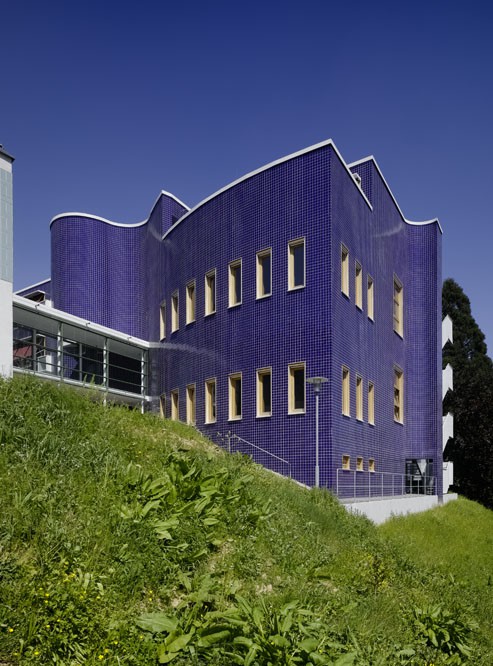 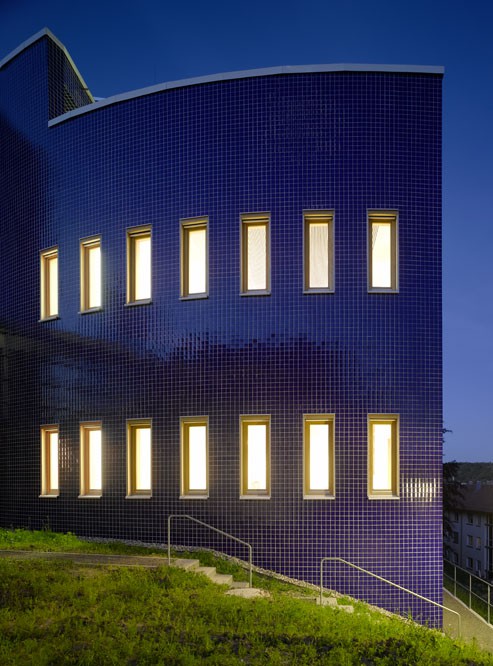 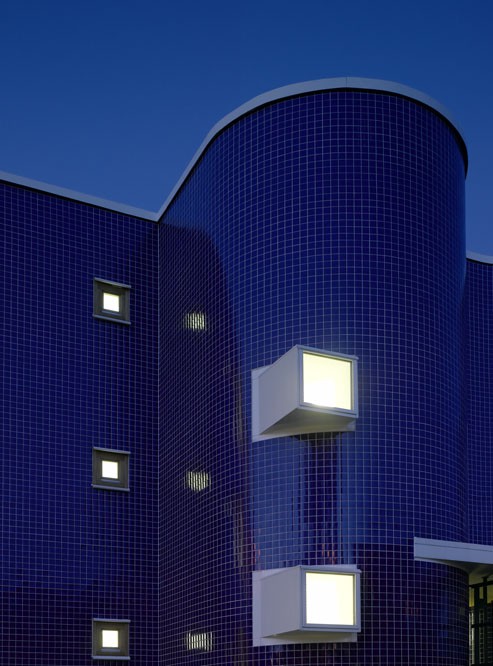 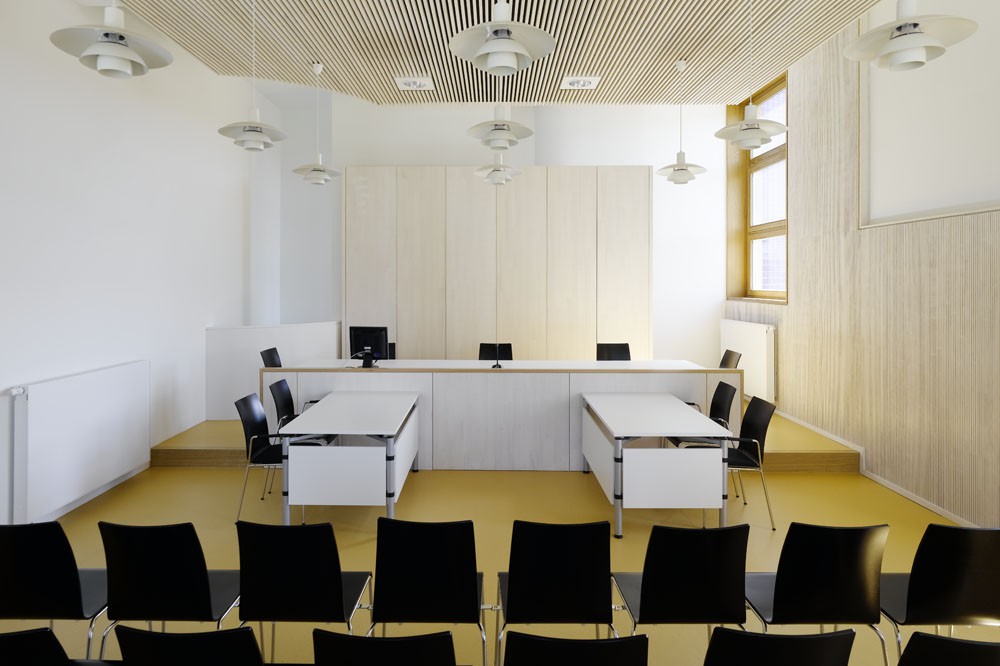 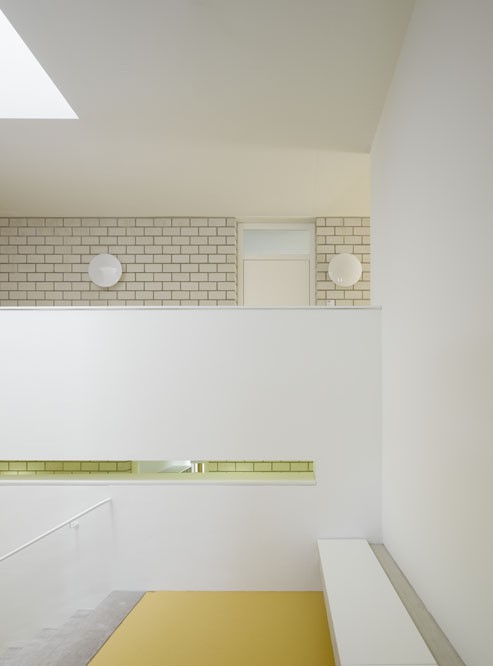 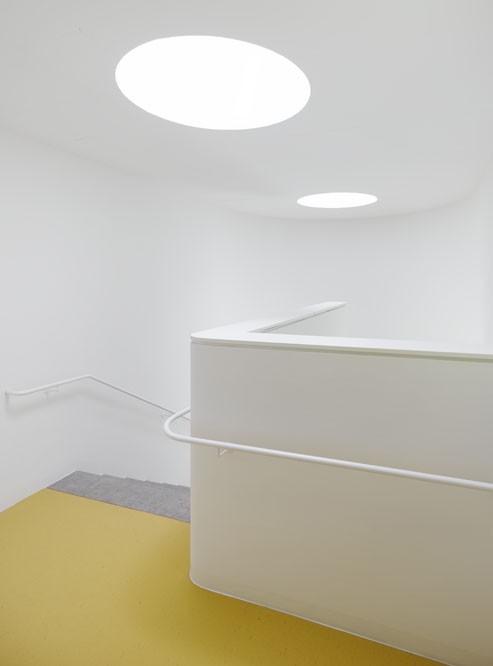 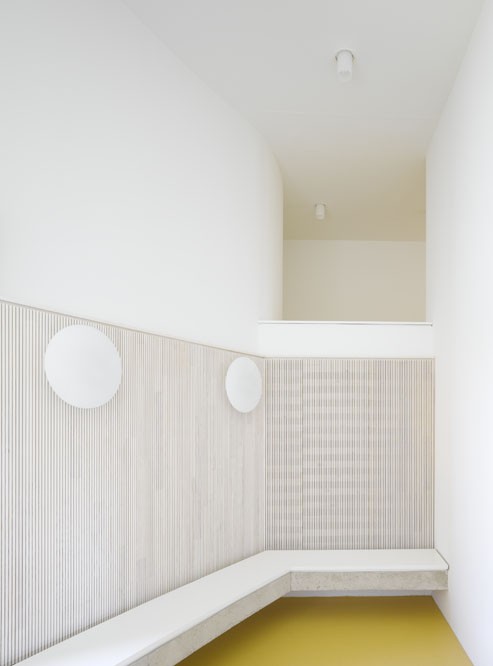 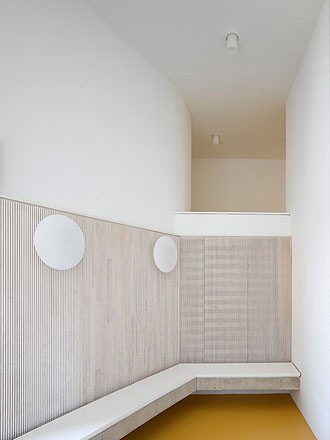 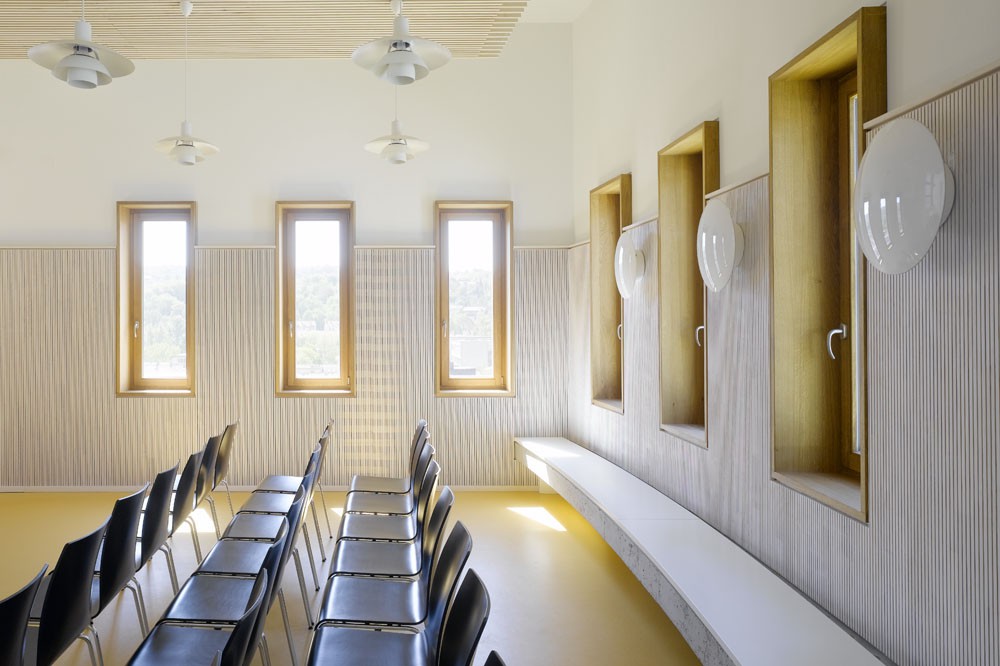 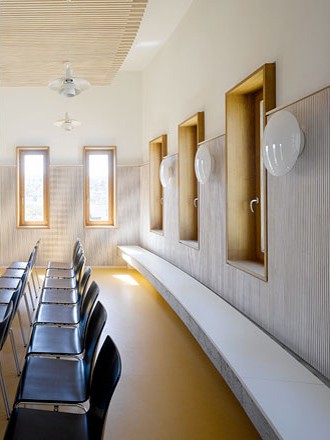 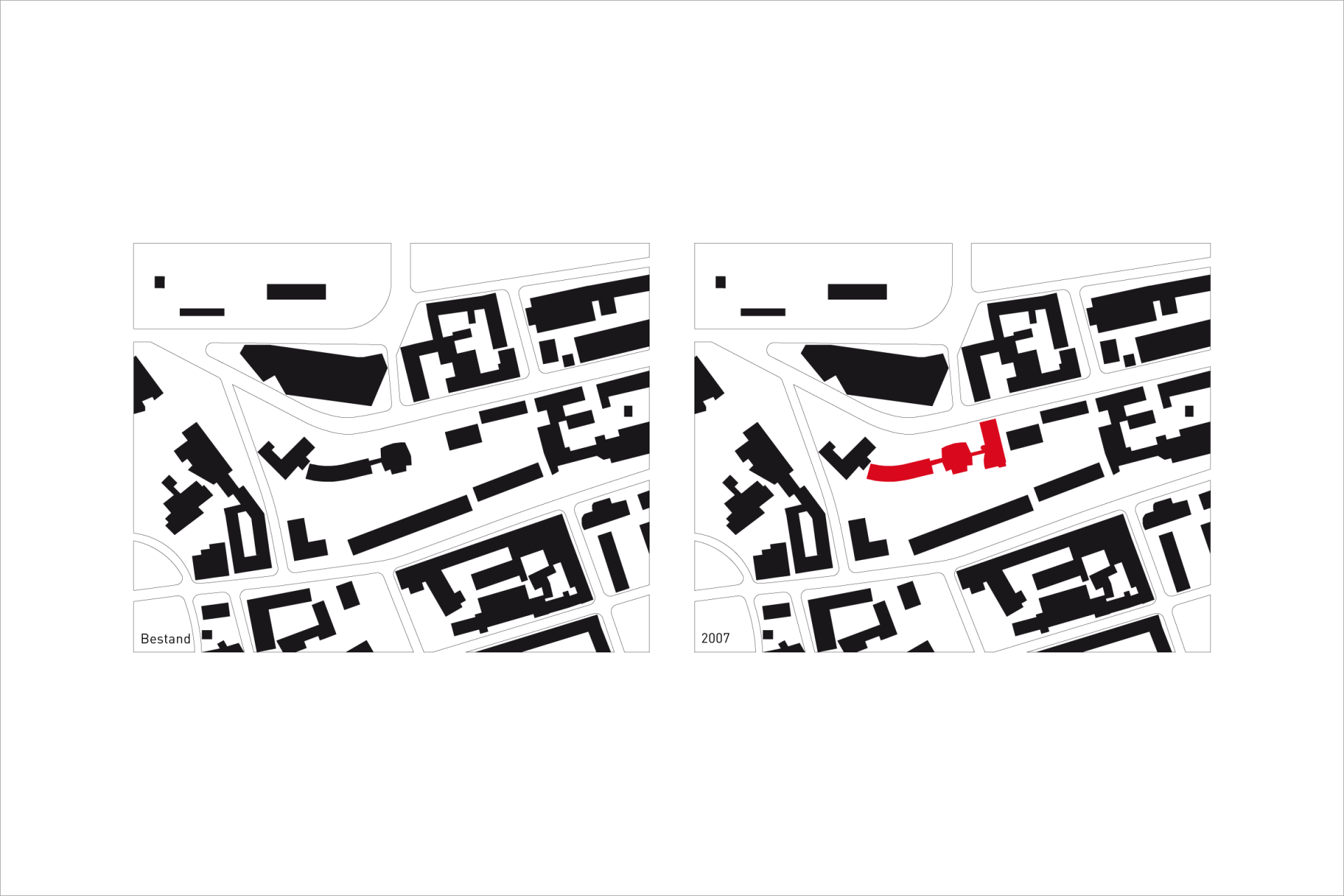